Yesterday, Shabaab claimed credit for a suicide car bombing and subsequent raid into the popular Maka al Mukamara hotel in Mogadishu. The siege, which was ended by Somali soldiers retaking the building, only ended late on Friday.

The assault began when a suicide car bomb detonated outside the hotel’s perimeter on Thursday. Following the blast, an attack team entered the fray shooting at both security guards and civilians. According to Somali officials, at least 30 people were killed in the strike.

Shabaab, via its Shahada News Telegram channel, stated the al Qaeda branch targeted the hotel due to its popularity among Somali government officials. It also claimed to have killed 10 Somali special forces soldiers during the siege, however, it is unlikely to be true.

The Somali military has reported that all attackers were killed in the hotel. However, Shabaab’s military spokesman Abdulaziz Abu Musab, contradicted statements made by Somali military officials. Speaking to Reuters he said, “four of our Mujahideen were martyred, others managed to come back after the operation.”

The coordinated suicide strike is a common tactic used by Shabaab on various hard targets within Mogadishu and elsewhere in Somalia. It routinely targets governmental buildings and popular hotels with this method.

Shabaab has been resurgent in Somalia since losing ground to a combined African Union (AU) and Somali offensive in 2011. The jihadist group has slowly but methodically retaken several towns and villages that it lost in both central and southern Somalia – often after AU or Somali forces withdrew. In addition, Shabaab remains a potent threat against both African Union and Somali military bases in central and southern Somalia. It also retains the ability to strike within heavily fortified areas of Mogadishu, as seen time and time again. 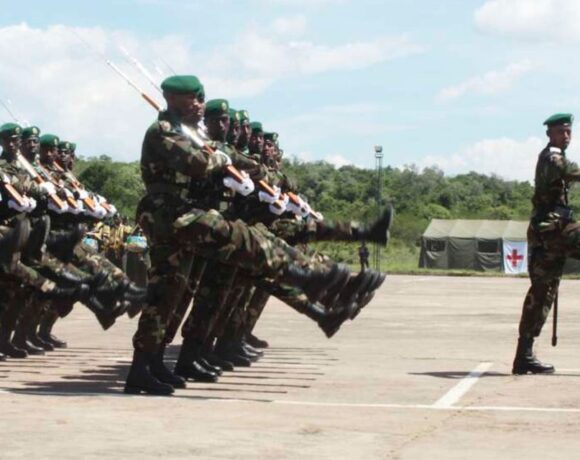