Egyptian President Abdel Fattah El Sisi made a strong appeal for a joint strategy against terrorism as he opened a landmark Arab-European summit on Sunday.

Mr El Sisi also called for a framework allowing “organised and safe” migration to Europe, for the benefit of both regions.

“We need a joint vision to deal with the dangers since it is clear that it’s difficult to do so unilaterally,” he told the leaders of Arab League and EU states gathered at the Red Sea resort of Sharm El Sheikh for the two-day meeting.

Mr El Sisi, who has invested significant time and effort since taking office in 2014 to cultivate close economic and security ties with Europe, said the summit was proof that what brings the two regions together outweighs what separates them.

The unprecedented, 50-nation meeting is the fruition of more than a decade of talks between representatives of the Cairo-based League and the EU, with the first round taking place in 2008.

The Saudi delegation is led by King Salman, while the UAE’s representatives are led by Sheikh Hamad bin Mohammed Al Sharqi, Ruler of Fujairah.

Representatives from the EU side include European Council President Donald Tusk, European Commission President Jean-Claude Juncker, EU foreign policy chief Federica Mogherini and heads of government from Germany, Britain and Italy, among others.

Mr El Sisi said the two regions must agree on a joint strategy to counter terrorism, warning that anything short of that was destined to fail.

“Regrettably, terrorism has become a tool used by some nations to create chaos in their neighbours to gain a stature that comes at their expense,” he said, in a thinly veiled reference to Qatar and Turkey, which have long been accused of supporting extremists.

Mr El Sisi said failure to resolve the Arab-Israeli conflict would also have bad ramifications for both regions.

He said settling that conflict would deny the “forces of extremism and terrorism” the chance to recruit youths raised amid strife and violence.

And leaving the conflicts in Syria, Yemen and Libya without a settlement “constitutes a failure that future generations will hold us accountable for”, he said.

Mr El Sisi’s international standing has steadily grown in the nearly five years since he was first elected.

This month, the former military leader assumed the rotating, one-year presidency of the African Union.

Mr El Sisi said that since 2016, Egypt had prevented illegal migrants from leaving its shores to cross the Mediterranean to Europe.

But he also proposed that illegal migration, a pressing domestic problem for most of the EU’s member nations, must be dealt with “not as a challenge but as a chance for co-operation”.

The surplus of labour in the Arab world could be a perfect fit for the needs of industrialised Europe, Mr El Sisi said.

“Organised and safe migration to Europe could achieve mutual interests when done side by side with combating human trafficking,” he said.

The Arab League-EU summit comes at a time when both regions are plagued by internal differences over a range of major issues.

Its agenda covers a wide range of topics and stresses the significance of the gathering as a mostly symbolic, but important event that could be a prelude to deeper co-operation between the regions.

Egypt has for years been fighting an insurgency by militants in the Sinai Peninsula while struggling to revive its economy.

The civil wars in Yemen and Syria have raged for years, while Libya has become a haven for militants in a country ruled by rival administrations backed by armed militias.

Across the Mediterranean, Europe is sharply divided by the issue of illegal migration, Britain’s messy departure from the EU and a public dispute between France and Italy over a range of issues, including Libya.

Bashagha seeks French support in quest to be next PM 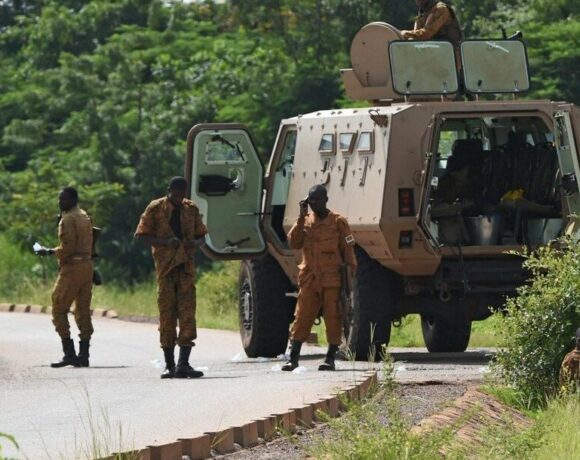