The Chief of Army Staff, Tukur Buratai, has vowed that the Nigerian military will break the unholy alliance between the Boko Haram terrorists and Islamic State West Africa or ISWA.

Mr Buratai, a lieutenant-general, spoke on Monday in Abuja when he declared open a two-day maiden “Career planning and management’’ seminar for senior officers.

He maintained that the army was making gains in the counter-insurgency operations in the North-east.

“I am glad to note that we are making strides against the Islamic State West Africa or ISWA in our bid to unhinge the unholy union between them and remnants of the Boko Haram terrorists,” he said.

“It is, therefore, imperative that we maintain the momentum while motivating our officers and men through an efficient and responsive career planning process.’’

Represented by Aliyu Nani, a major-general and the Chief of Policy and Plans, Mr Buratai, however, noted that the army was being “stretched’’ by its involvement in many operations nationwide, particularly in the North-east.

He said such large scale involvement raised the need for good leadership and career planning and improved approach to human resource management to get the best from the officers and men.

“The career planning and management seminar is designed to avail you with contemporary approaches to human management.

“You would also be exposed to human resources management in a world of `Volatility, Uncertainty, Complexity and Ambiguity’ (VUCA),’’ he said.

According to him, the VUCA concept originated from attempts to develop strategic leaders at the US Army War College as a response to fourth generation warfare which is largely shapeless.

The army chief said understanding the concept would help the officers anticipate issues that shape events and give them a fair understanding of the consequences of issues and actions.

He expressed hope that at the end of the seminar, they would be better equipped to manage security challenges confronting the nation and provide effective leadership that take into cognisance career planning of all personnel.

The army chief again used the occasion to warn personnel to remain political during the February 16 and March 2 general elections.

“Great efforts have been put in place by way of sensitisation lectures and briefings to ensure the conduct of our officers and men before, during and after the election remains professional and above board.

“I, therefore, urge you to uphold the highest professional conduct during the elections,’’ he said. 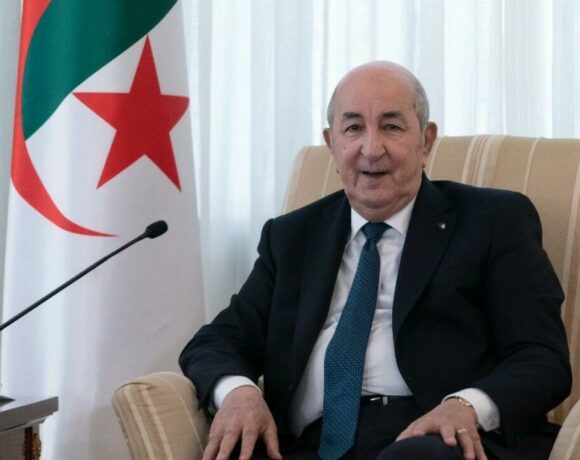 Algeria will not abandon its commitment to supply Spain with gas, Tebboune says