US military intensifies airstrikes against al Qaeda in Somalia

The US military has stepped up its targeting of Shabaab, al Qaeda’s branch in Somalia and East Africa. Since the New Year, US Africa Command (AFRICOM) has hit Shabaab 14 times. AFRICOM acknowledges that the air campaign is not sufficient to defeat Shabaab, but can only support the Somali government’s efforts.

AFRICOM announced today that it targeted Shabaab twice over the past 48 hours. A strike on Feb 6. in Gandarshe killed 11 fighters. Another on Feb. 7 in Bariire, which took place as Somali forces were attempting to “disrupt al-Shabaab efforts to illegally tax and intimidate civilians in the area,” killed four more fighters.

There were three more offensives against Shabaab over the past week. On Feb. 5, AFRICOM launched an airstrike near Leego that targeted “a financial center used by terrorists to fund their operations,” killing two fighters. AFRICOM killed 14 Shabaab fighters in two operations in Gandarshe, a terrorist hotbed, on Feb. 1 and again on Feb. 3.

The pace of strikes against Shabaab’s network in Somalia has intensified despite reports that the US military is seeking to disengage from the war-torn country. The US has launched five assaults against Shabaab in Feb. 2019, nine in Jan. 2019, 10 in Dec. 2018, and nine more in Nov. 2018, according to data compiled by FDD’s Long War Journal.

The US and neighboring African countries have been battling Shabaab for more than a decade. Despite the US strikes, Shabaab maintains an effective insurgency. Shabaab controls large rural areas in southern and central Somalia, and continues to threaten Somali cities and towns.

AFRICOM is acutely aware that the strikes against Shabaab will not defeat the group. In testimony before the Senate Armed Services Committee earlier this week, outgoing AFRICOM Commander Marine Gen. Thomas Waldhauser said the strikes were designed to support the Somalia government, which is struggling to battle Shabaab and regain control of the country.

“At the end of the day these strikes are not going to defeat al Shabaab, but they are going to provide the opportunity for the Federal Government and the Somali National Army to grow and assume the security of that country,” Waldhauser told the Senate Armed Services Committtee.

“We know that [strikes against Shabaab] are causing problems, we know that they are deterring. It is an open question as to how much,” he continued. 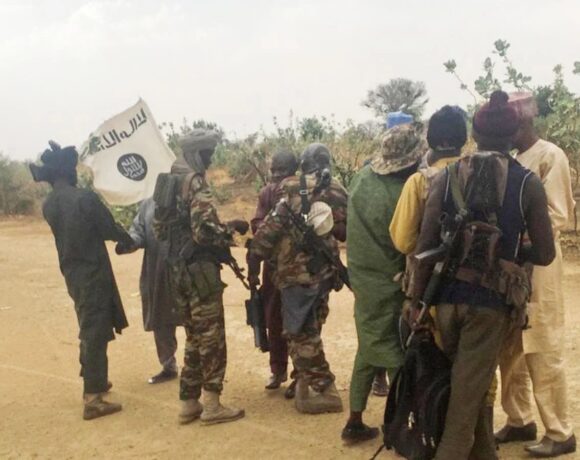