Egypt carries airstrikes against IS in Libya

The Egyptian armed forces carried out an airstrike on the self-proclaimed ‘Islamic State’ in Libya. They hit camps, training sites, and ammunition and weaponry warehouses after 21 Coptic Egyptians were killed on Saturday.

The strike, conducted in the early hours of Monday “hit its targets accurately”, an armed forces statement said.

“[The attack] is revenge for the criminal acts conducted by terrorist elements and groups inside and outside the country,” asserted the statement.

The 21 Egyptian Coptic Christian workers had been kidnapped in the city of Sirte.

“Vengeance for Egyptian blood from killers and criminals is a right and an obligated duty,” the armed forces stated.

The airstrike came on order from the National Defence Council based on Egypt’s right to defend its people’s security and stability, the statement added.

President Abdel Fattah Al-Sisi had instructed the council’s assembly Sunday night, after the ‘Islamic State’, also known as ISIS, had issued a video showing the beheading of the Egyptians.

Al-Sisi directed the government to strictly prohibit Egyptians from going to Libya and to facilitate the return of Egyptians who want to come back from the neighbouring country.

“The ISIS gangs’ execution of unarmed Egyptians brothers is an attack on [both] Libya and Egypt,” the Libyan Ministry of Foreign Affairs said on Sunday. 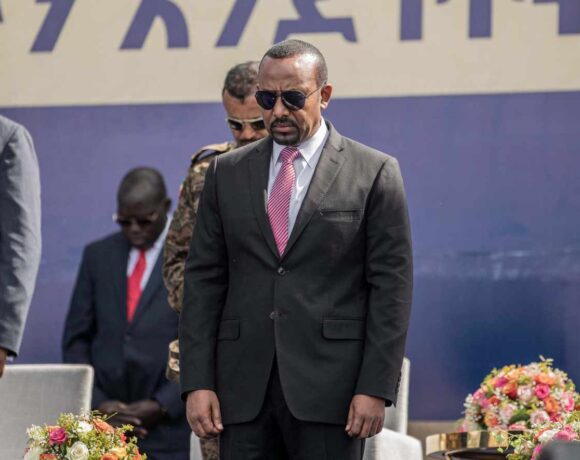